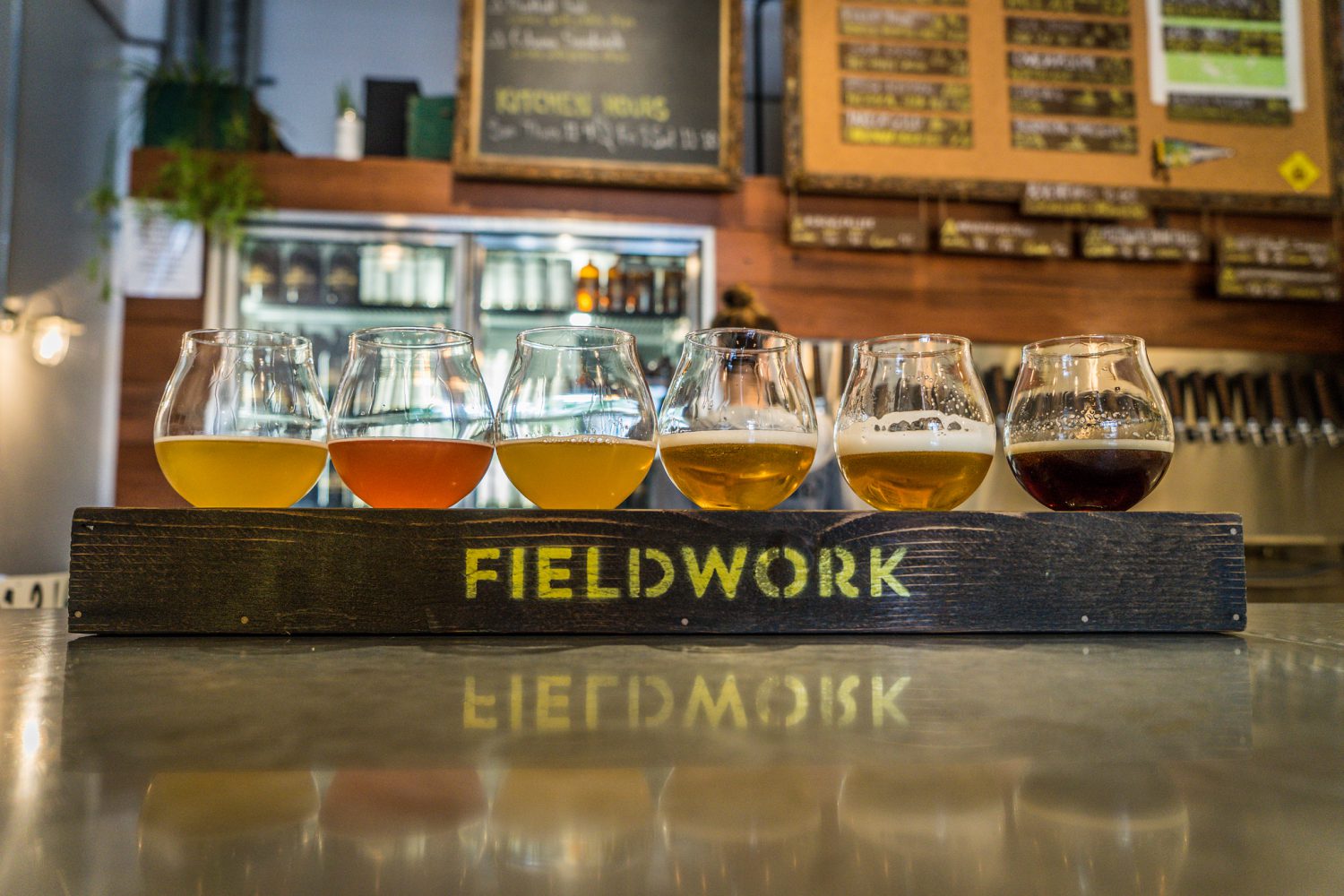 The Fieldwork Brewing Company plans to occupy space at 520 Munras Avenue next to Peet's Coffee. This will be a pop-up, satellite location. As per the agreement with the city of Monterey, the beer garden will use non-permanent structures. Reused shipping containers are to be shipped and craned into place. These containers are already being constructed offsite. While this beer garden might become a hit and a second home in Monterey for some, the location I think will be a great walk up spot.

Flights of beer will be on offer, as well as products packaged for purchase. However, no food offerings will be available. “We’ll share the patio with Peet’s coffee, and there are plenty of food opportunities in that area so people are welcome to bring their own food,” said Barry Braden, co-owner of Fieldworks Brewing Company, in an interview with the Monterey Herald. He also stated that they plan to be children and pet-friendly.

Construction is slated to begin in February if all goes to plan. Braden said there had been no problems with the city, and all permits are in place. The construction will begin with gas and plumbing line changes due to the repositioning of the fire pit at the location.

Fieldwork Brewing focuses on "exceptional, honest beer-making," according to their website. The Fieldwork's stable of beers is a wide-ranging offering consisting of IPAs, Pilsners, double IPAs, stouts and some lesser know beer types like their Sushi Beer, a citrus rice lager, or their Country Line, a lemon and sea salt saison. Some of their most popular beers are Saint Thomas, an IPA and Coconut Milk and King Citra, both double IPAs. Recently the brewery has begun to release limited amounts of canned beers available for purchase.

The Fieldwork Brewery Company beer garden promises to be a welcome addition to Monterey. While some breweries are making their home in Monterey, there are still far fewer than in neighboring Santa Cruz area.

The Monterey craft beer scene is growing, though. Additions to the existing Cannery Row Brewing Company and Peter B's Brewpub are becoming more popular all the time. Braden says, "We love the city and we think the project is a good fit for us and the area,” said Braden.